In recent years, the legality and safety of sexting has received attention, but little research has been conducted to explore the how sexting may influence health—until now. The Prevention Research Center of Michigan (PRC/MI) is pleased to announce the publication of a new article, “Sexting among Young Adults,” in the Journal of Adolescent Health. 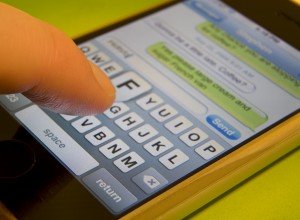 To date, minimal research has been done regarding sexting, which refers to the sharing of sexually suggestive photos or messages via cell phones and other mobile technology, and the existing surveys do not address how sexting may impact sexual and mental health. Does sexting increase the likelihood that young adults will engage in risky sexual behaviors? Does sexting affect mental health? The goal of the study was to gain insight into these questions regarding sexting and the role it plays in sexual behaviors and mental health, an important step in determining if sexting deserves public health attention.

The data used comes from the Virtual Networks study, a collaborative project between the PRC/MI and the SexLab. The Virtual Networks study initially recruited participants online to complete a survey and additional participants were recruited through a referral process with participants being compensated for referring their friends to complete the survey. The method resulted in more than 3,000 completed surveys from young adults ages 18 to 24 years old. Participants were grouped into four categories based on their responses to questions regarding sexting: non-sexters, receivers, senders, and two-way sexters. Sexual risk was calculated using the reported number of sexual partners in the last 30 days and the number of sexual partners with whom they had unprotected sex while mental health was assessed using questions from depression, anxiety, and self-esteem scales.

There were several interesting findings based on the analysis of the survey responses. First, the study data confirmed that sexting is prevalent among young adults; 30% of respondents had sent a sext and 41% had received a sext. These rates are slightly higher than other recent studies have found. Additionally, although males were more frequently classified as receivers, the majority of sexting appears to be reciprocal. Among those who had ever sent or received a sext, 66% of respondents reported both sending and receiving sexts (two-way sexting). These results may reflect sexting that is occurring within relationships.

In answer to the question of what role sexting plays in sexual health, it appears that sexting is associated with sexual activity, but not necessarily with riskier or safer behaviors. Young adults classified as two-way sexters were more likely to report being sexually active than non-sexters. In terms of sexting and mental health, the study found no association between sexting and depression, anxiety, or self-esteem as outcomes on these scales were similar among those engaging in sexting and those who were not.

Overall, while the results of study did not find significant associations between sexting and risky sexual behaviors or between sexting and mental health, the findings do highlight some important areas for future research on the topic of sexting. In particular, further research using the categorical breakdown of sexting behavior into the four groups used in this study may reveal differences in health outcomes as varying engagement in sexting behavior may have different motivations and results.