Addressing the Unique Needs of the Arab American Population

According to recent estimates, there are 1.2 million to 3.5 million Arab Americans living in the United States with the highest concentration living in Michigan.1 Although there is a large Arab American population in the U.S.,  little data exists about the prevalence and outcomes of mental health, cancer, HIV/AIDS, diabetes, and other conditions within this population.1 In an effort to better understand and address the health status, behaviors, and needs of Arab Americans and Muslims, the PRC/ MI is embarking on two new projects: the Arab American supplement of the Speak To Your Health! Community Survey and an adaption of the YES curriculum for Muslim youth. 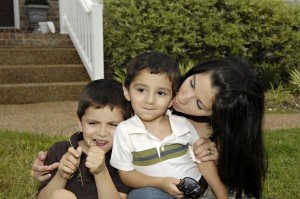 Arab Americans are a diverse group. Individuals identifying as Arab American represent more than 20 different countries and ethnicities.2 Also, while many Arab Americans are Muslim, a large proportion are Christian and some are Jewish.¹ Yet despite this diversity, Arab Americans are typically categorized as “white” on the U.S. Census and in other research, preventing their unique health needs and concerns as a group from being recognized.

In addition, Islam is the fastest growing religion in America, with over 2 million Muslims living in the United States.3 Although all Arab Americans are not Muslim, and Muslims are not only Arab American, Muslims are another important group to consider in terms of health. Muslims consider Islam to be a complete way of life, influencing not only their spiritual path, but also their political, physical, and cultural environments, shaping their health-related beliefs and behaviors and resulting in different issues and concerns.

With such a large number of Arab American individuals living in Michigan, a better understanding of the health concerns and issues specific to this unique population is necessary in order to promote safe and healthy futures in communities statewide.

The Arab American supplement of the Speak To Your Health! Community Survey is being conducted by the PRC/MI with support from the Arab American Heritage Council (AAHC) in Genesee County. A key non-profit community organization that specifically serves the needs of Flint area Arab Americans and other recent immigrants, AAHC is well situated in the Flint community with extensive networks with various religious, cultural, and social organizations serving the Arab-American community. The Arab American version of the STYH survey is nearly identical to the 2011 Genesee County Speak To Your Health! Survey, but is intended to only collect data from Arab Americans. A few additional questions were also added to the survey, particularly concerning hookah tobacco and perceived discrimination. Data collection began this past summer and analysis will be beginning soon.

The Youth Empowerment Solutions (YES) program utilizes an evidence-based after-school curriculum to create opportunities for youth ages 11-14 to participate in solving local community problems and preventing youth violence. Currently the curriculum exists in two forms, one that can be used with multicultural groups and one that is tailored for African Americans. Islamic rules regarding the interaction between men and women, modesty, music, and art expression make it difficult to generalize the current YES program to this population. In response to this need, the PRC/MI is currently working to adapt the YES curriculum for Muslim youth.

Understanding the religious considerations of Muslim youth to inform the adaptation of the cultural activities for the YES curriculum, will hopefully increase the likelihood of this program’s use in Muslim communities to further engage youth in their communities and prevent violence.