February is Black History Month, which is an annual celebration of the achievements by Black Americans and marks a time for recognizing the central role of African Americans in United States history. African Americans have a unique history in the United States which has led to some unique factors that have created significant health disparities in the black community. Whether these factors are cultural, environmental, or structural, it is important to highlight some of the specific concerns that affect health in the African American community and what is being done here in Michigan to address these issues.

Health disparities refer to the differences in disease risk, incidence, prevalence, morbidity, and mortality as well as other adverse conditions, such as unequal access to quality health care, that exist among specific population groups in the United States. In addition, these health disparities are gaps in the quality of health and healthcare and are closely correlated with social and economic disadvantage.

Health disparities tend to negatively affect groups of people who have systematically experienced greater social and economic obstacles to health care. These obstacles arise from characteristics historically linked to discrimination or exclusion based upon race or ethnicity, religion, socioeconomic status, gender, mental health, sexual orientation, or geographic location. There are several contributing factors that lead to these health disparities including socioeconomic status, cultural factors, and lack of access to and utilization of adequate health care, including preventative care. 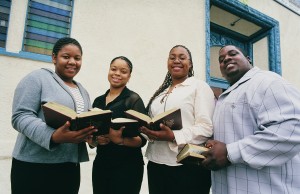 There are also significant structural factors that are attributing to some of the health care disparities seen in the African American community. Some of these structural factors include lack of or poor transportation options, inability to schedule appointments at a convenient time or to get in to see a healthcare provider fast enough due to rigid work schedules, and excessive time spent in waiting rooms; all of which will negatively impact an individual’s ability and willingness to get care that may be necessary for them to receive. These factors lead to increased use of emergency room department visits and inadequate care and hinder the ability for preventative and continuity of health care, which is necessary for good health. 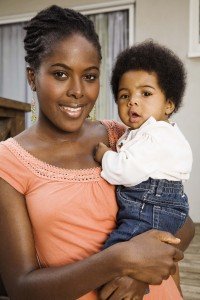 Infant mortality is another health issue disproportionately affecting African Americans, and in Michigan, the infant mortality rate has been persistently higher than the national average. African American babies are three times more likely to die before its first birthday when compared to a baby born to a white mother.

Significant disparities among blacks are also illustrated in mortality and morbidity outcomes related to several chronic diseases, including cancer. Blacks are 33% more likely to die of cancer than European Americans, and twice as likely to die from cancer as Asians, Native Americans, and Hispanics.

Even with these great community and statewide efforts, health care disparities continue to be a significant issue and we need to consistently develop, evaluate, and expand programs that are aimed at reducing its effects. Health care disparities have many root causes, and will require ongoing continuous efforts to help solve these issues.